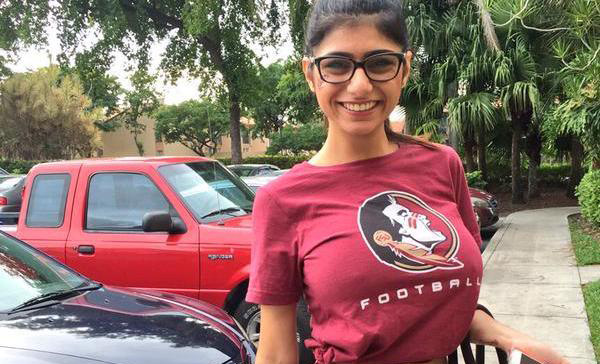 Just days after social media erupted over the controversy of Miss Lebanon and a selfie that featured the face of Miss Israel, another prominent Lebanese cultural icon has found herself the centre of very similar storm.

Video star Mia Khalifa this morning apologised to her fans on Facebook after it was revealed that the fourth man from the left in one her most recent recordings was actually an Israeli citizen.

“Honestly, I had no idea,” Khalifa explained to her followers. “I was having a six-way with a group of men from the US and suddenly this other guy jumped in.”

She added: “I thought he had a strange accent, but he didn’t really say anything that could actually be considered words.”

Khalifa claims that she only found out the individual’s nationality afterwards.

“It was later when someone told me and I was totally shocked. You can’t even imagine my embarrassment and the shame that this will bring on my family. For that, I’m truly sorry.”