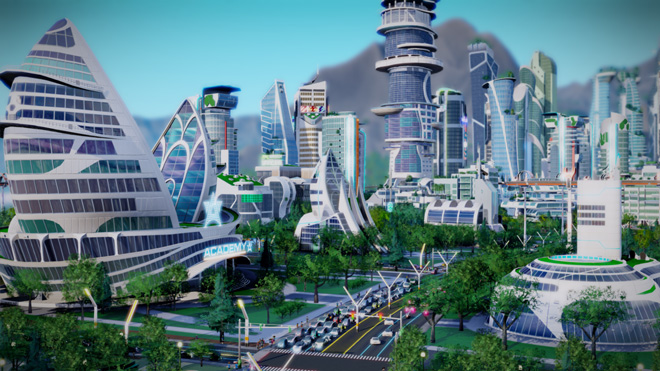 DUBAI, UAE: An exhibitor at this year’s CityScape property event has been forced to concede that images of a vast mega project were in fact taken from the popular computer game SimCity.

Dubai Metro City, by local developer Visionary Property, had been billed as “a futuristic urban hub combining business, retail, residential and visitor attractions and facilities”. Spread over 20 million square feet, the “unique, eco-aware and designer city” was predicted to house over 40,000 residents by the time it was complete in 2017, with added space for more than 20 5-star hotels.

But following a complaint made by a unnamed industry professional, the company chairman Abdul Al Turk released a statement earlier today in which he admitted that rather than having worked “with the world’s most renowned architects”, as had previously been announced, all the images purporting to artist’s impressions of Dubai Metro City had actually been captured from a long-running game of SimCity.

“But we’re still determined to make this iconic project a reality should anyone be interested in investing,” he added.