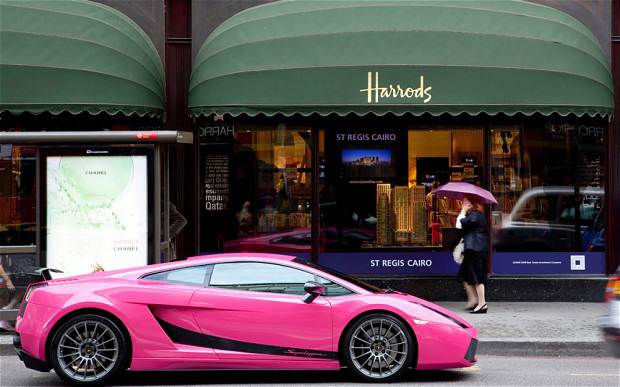 DOHA: Just a day after Saudi Arabia, Bahrain and the United Arab Emirates announced that they were withdrawing their ambassadors from Qatar, officials in Doha have revealed an immediate response.

In an announcement made this morning, Qatari authorities revealed that all GCC nationals, with the exception of Qataris, Kuwaitis and Omanis, would be henceforth banned from entering London’s upmarket department store, Harrods.

“Sure, they can withdraw their ambassadors, but let’s see how they feel when they can’t enjoy a luxury retail experience spread over seven floors, 330 departments and 20,000 square metres in one of London’s most exclusive neighbourhoods,” the Consultative Assembly of Qatar said in a statement.

Experts now fear the move could spark a tit-for-tat series of exchanges between Qatar and the other countries.

“This is a very aggressive move by Qatar and really hits the GCC nationals affected where it hurts,” said Middle East analyst Bella Cockpit. “I wouldn’t be surprised if next week we next hear of Qataris being banned from Manchester City football matches.”