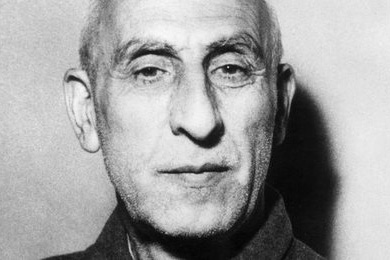 TEHRAN: There were scenes of shock and amazement across Iran yesterday after the CIA sensationally revealed that it had played a role in the coup that had removed the democratically elected prime minister, Mohammad Mossadeq, in 1953.

“Well blow me down, it was the USA all along!” said Reza Nebuchadnezzar in Tabriz, who was ten years old at the time of the revolution, sparked when Mossadeq had moved to renationalise Iran’s oil production, definitely not an area of interest the CIA is normally known to be concerned with. “To be honest, I had just assumed it was China or something, because the US are always going about their global influence, or maybe even Iran because… oh hang on, that’s us! How funny!”

“Surely the CIA is only involved in intelligence-gathering. Why would it ever go beyond this remit to covertly force international government change in order to expand America’s overseas political and economic influence?” asked Nasim Karimi in Shiraz on hearing of the CIA documents released on the coup’s 60th anniversary.

“You’ll be next telling me they were involved in the overthrowing of governments in Guatemala, Congo, Brazil, South Vietnam and Chile, among others!”

You may also like...
Related Topics:cia, iran, middle east, Satire